Australia’s largest recruitment franchise Frontline Recruitment Group has just been declared the nations No 3 Top Franchise following a survey of over 900 franchisees and over 50 brands as conducted by independent market research firm 10 THOUSAND FEET.

Boasting a 100% franchisee success rate since its launch in 1995, the recruitment group has grown to over 40 offices across the retail, hospitality, health care, legal, mining, banking & finance and construction sectors, earning major industry recognitions along the way.

The results were revealed in a rating system posted on the unique new website Top Franchise.com.au which was launched last Friday. The system ranks franchises across a range of important factors such as lifestyle, franchisor support and the level of financial and social rewards franchisees feel they receive.

“Being announced the nation’s top 3 franchise is a major achievement for us,” said managing director Peter Davis.

“Having just been awarded the GIO Award for Best Small Business in the ActionCoach My Business Awards and collecting two state awards of the MYOB Excellence Awards from the Franchise Council of Australia, this Top Franchise recognition shows us just how highly regarded our brand is among our franchisees,” added Davis.

Having been involved with the group since its beginnings he sees the recent recognitions as “hard earned” achievements, reflective of the high standard that the group holds.

“With 3 new offices opened in just the past 4 weeks of which two are owned and operated by existing franchisees, we can see the strength, commitment and trust that our franchisees have in our brand,” added Davis. 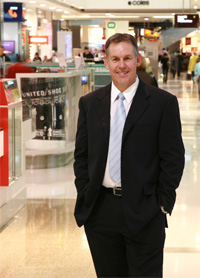